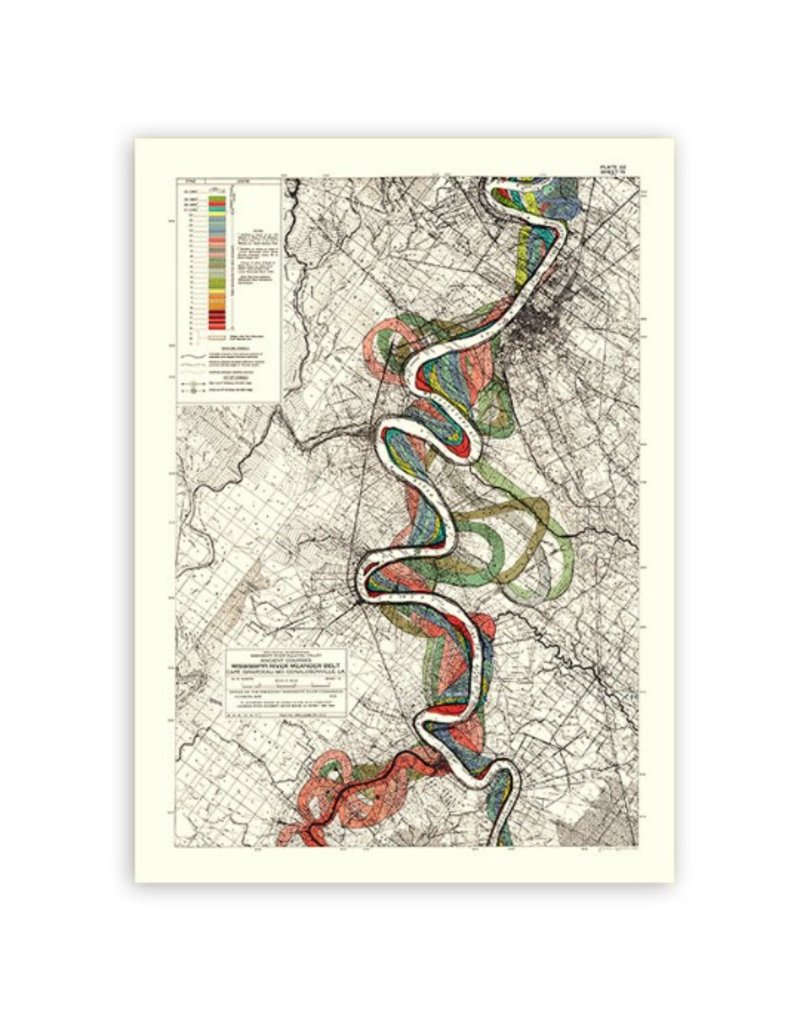 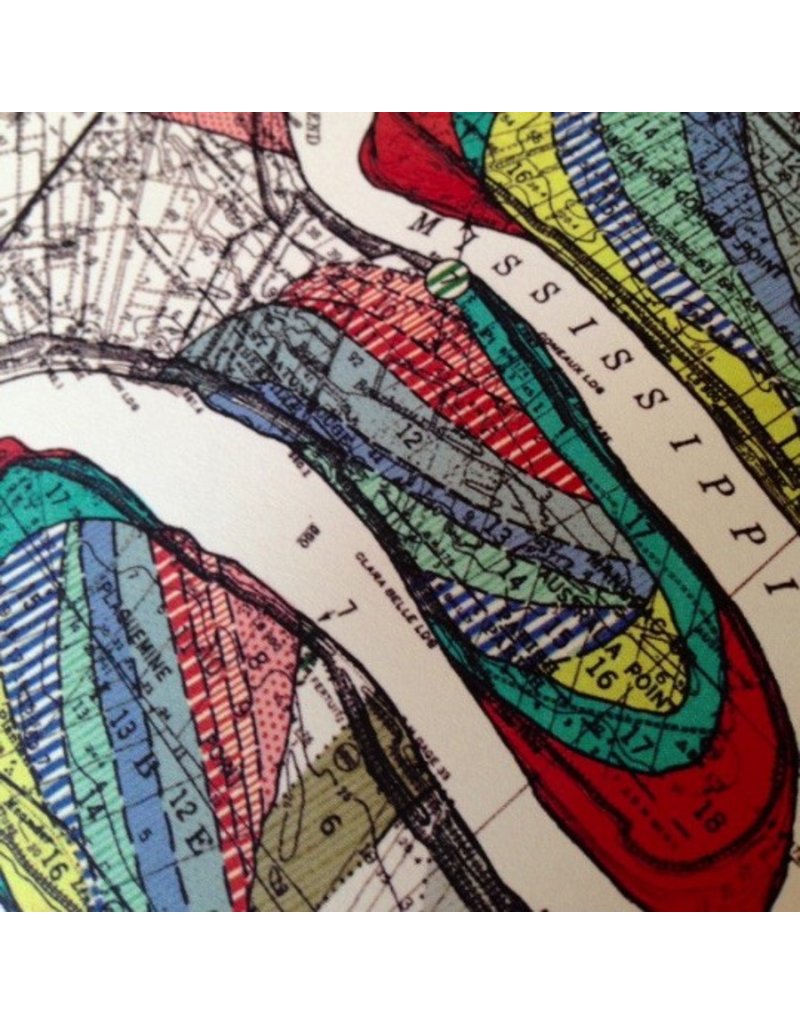 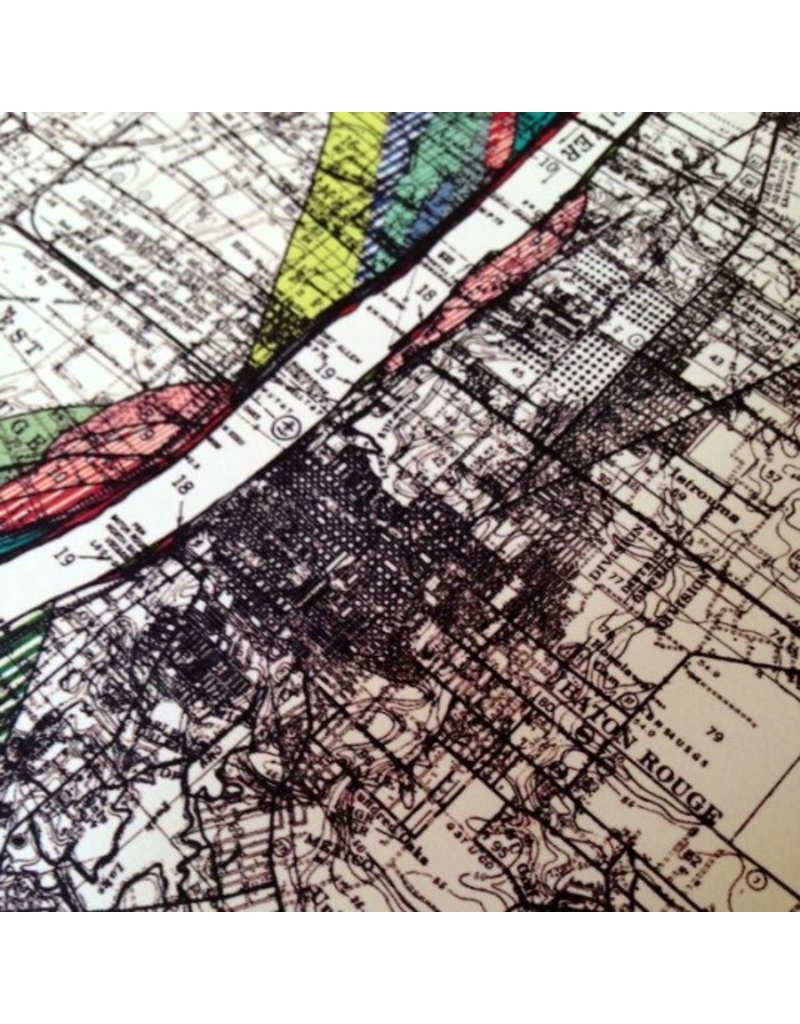 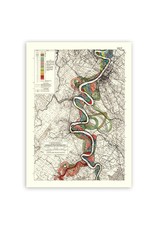 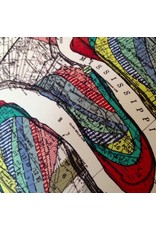 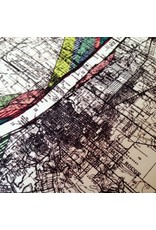 We digitally restored the map to what we think the original colors may have looked like. The map was printed in Lafayette, Louisiana on acid-free FSC certified paper with permission from the U.S. Army Corps of Engineers. 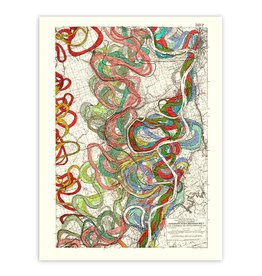 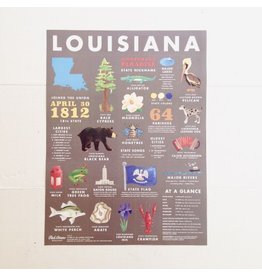 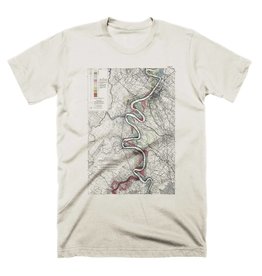 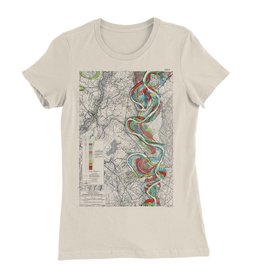